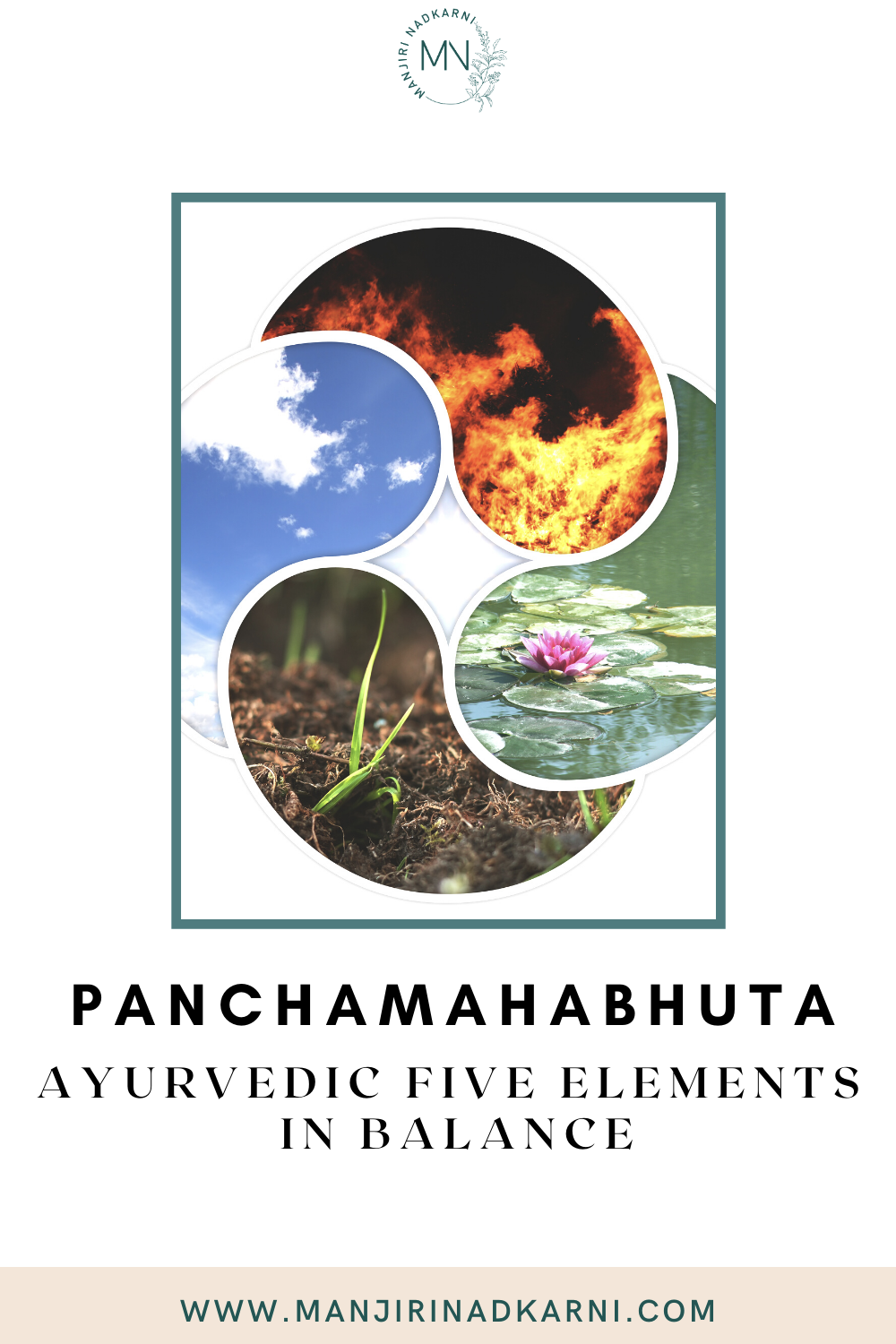 Did you know that your physical, mental and emotional health as well as health issues are rooted in your biological framework. Most people know about Ayurvedic 'Doshas' - Vata dosha, Pitta Dosha and Kapha Dosha, but do you know that the three doshas, which are the functional units of the body are formed from the very combination of the five elements or Panchamahabhutas.

WHY STUDY THE FIVE ELEMENTS?

“ The 5 elements are the gatekeepers of the material world. Once you learn to use and transcend them, then can you open up to the secrets of your soul."

The five element theory or the Panchamahabhuta theory is one of the foundational theories on which the principles of Ayurveda rests. Understanding these Ayurvedic five elements is crucial to understanding your own physical reality.

Lets learn about these in a bit more detail

Thus these five elements not only make your doshas, but also each and every cell of your body and balancing the five elements is the key to balancing your body. If even a single element goes out of balance, it creates disharmony leading to ill health.

Checkout These Other Articles

5 Signs You Are Skinny Fat or Metabolically Obese

5 Ways To Honor Your Inner Earth

How To Release Anxiety With One Simple Technique

How Healthy Is Your Thyroid?

5 Dietary Habits That Are Wrecking Your Digestion

The entire contents of this website are based upon the opinions of Manjiri Nadkarni (Manjiri Nadkarni Consulting) and is meant for educational purposes only and does not constitute medical/ psychological advice . Please note that Manjiri Nadkarni is not a dietitian, physician, pharmacist or other licensed healthcare professional in Canada. She is a Doctor of Ayurvedic Medicine - MD (Ayurveda) (licensed and registered in India) and Registered Holistic Nutritionist. This content is not intended to diagnose or treat any diseases. This content is not intended to diagnose or treat any diseases. The information on this website is NOT intended as medical or psychological nor is it intended to replace the care of a qualified health care professional. Always consult with your primary care physician or licensed healthcare provider for all diagnosis and treatment of any diseases or conditions, for medications or medical advice as well as before changing your health care regiment.