How Your Prakriti or Dosha Type Dictates Your Stress Response 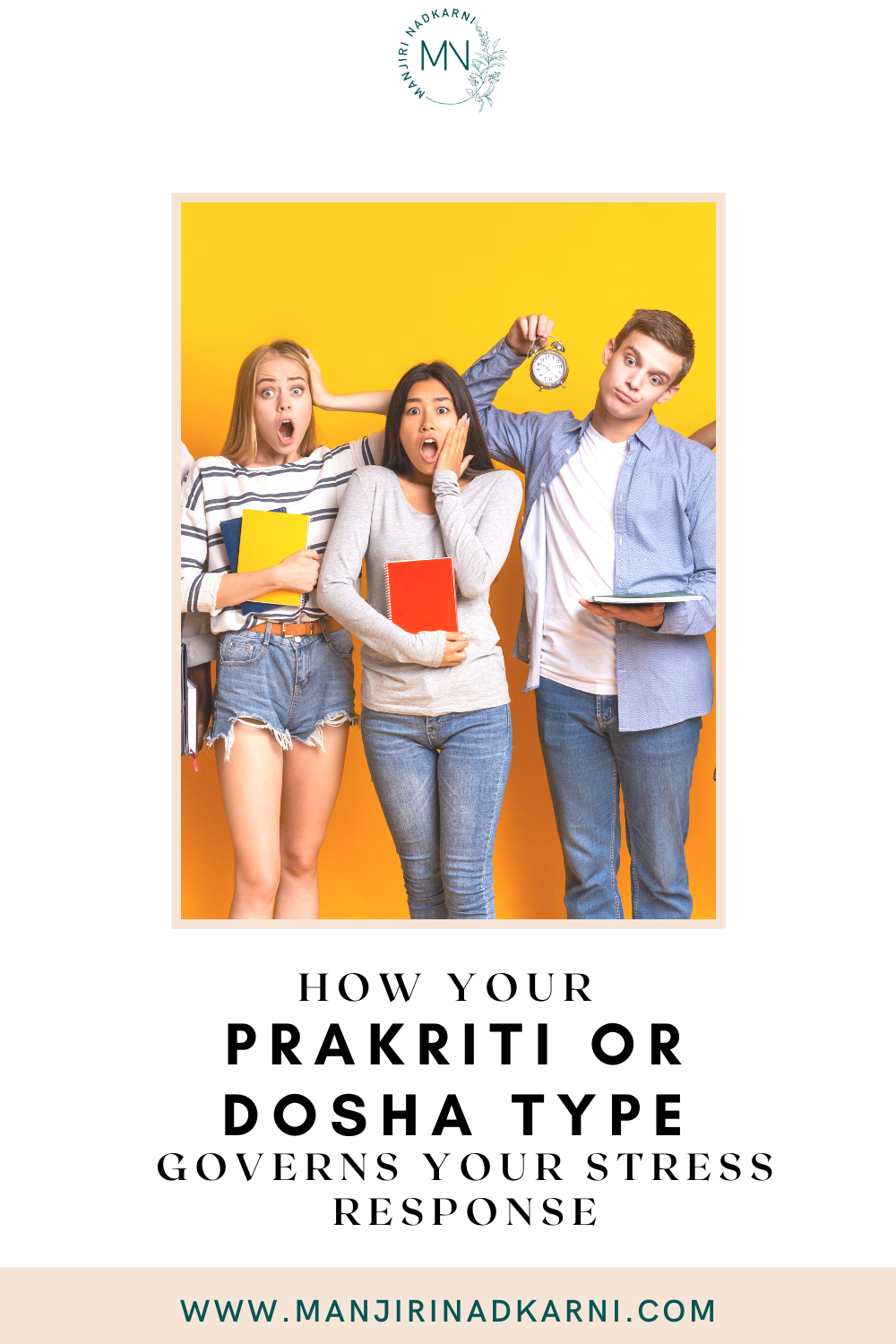 Have you ever wondered how your stress response is governed by your Dosha Type or the dominant Dosha in your being also known as your Prakriti! Ayurveda the ancient holistic medicine of life Ayurveda states that your dosha make up dictates your life right from your behaviours to your responses.

Stress is one thing that no person born on this planet has been able to escape yet. As opposed to the popular misconception

Stress is not what's thrown at you, but determines your personal response to the world around you.

Stress is all about how you react to different situations. Even the same situation would bring about different responses in different individuals, and these responses are often governed by the dominant Doshas in your being.

So what really is Prakriti or Dosha type?

Ayurveda has classified three main biological energies operating in our bodies as doshas. These doshas are the combinations of the five elements present in the universe and in our own body.

The proportion of the doshas in your body determines, which one or two or all three are dominant and can express themselves. This dominance in your body and mind is expressed as Prakriti or your natural state and remains as your true nature. In this article, I am going to briefly describe each of the single dosha types and also the stress response they each exhibit.

People who have Vata as their dominant dosha are light and swift as the wind. They have lean, thin, and cool bodies and trouble gaining weight, which makes them even faster. Vatas are impatient as all activities are carried out pretty fast, often several at a time which makes Vatas multi-taskers, but the short attention span make them loose interest easily. Vatas also have a wandering mind that runs a few hundred miles per second and can often feel spacey, scattered and unfocused. 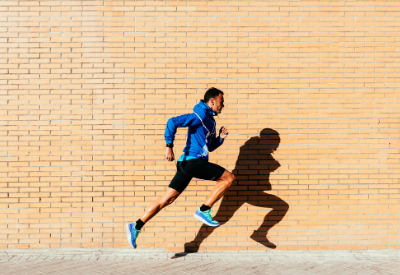 If you are a Vata type, your response to stress will be to run away or flee from your stressor. This fleeing can be seen as a physically running as fast as you can in the case of an event of a physical danger or being in denial and running away from your problems and issues without dealing with them in case of an emotional stressor.

People who have Pitta as their dominant dosha are born sharp and bright as the sun. They are radiant often reddish in appearance with warm bodies, medium height and built. Pitta's are intelligent and often sharp and precise in terms of appearance, speech as well as actions. Pitta's are often very reactive in nature and prone to bouts of anger and irritability. 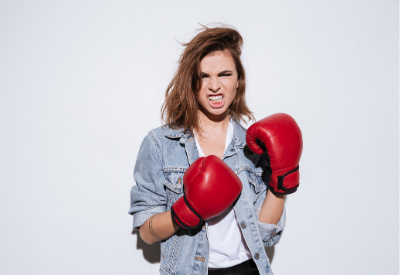 Pittas are born warriors and some fight till their last breath. Pittas are usually sharp, analytical and gifted with intellect and the stress response as a Pitta type is to fight either physically or mentally with all your strength. Physically fighting the stress can be taken as continuing to go on and not giving up or giving yourself enough rest through a stressful period thus exhausting yourself completely, whereas in case of a mental or emotional stressor the response would result in being angry, irritable, trying to fight back by drawing more conclusions thus leading to further mental fatigue.

Kapha's are usually round, heavy, calm and peace loving people who hate spending extra energy. Most couch potatoes who hate to move their bodies belong to this group. They are happy-go-lucky and pleasant personalities who love to have fun, be happy and are totally non-confrontational. Kaphas are usually a little slow to function and often take their sweet time even for routine activities. Note that the movements are slow and this doesn't make them any less smart, but Kapha's due to high amounts of water and earth in their being have heavier bodies and sluggish minds. 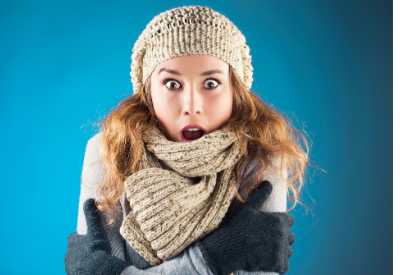 A classical Kapha response to stress is like a  'deer in front of headlights'. They just freeze. A Kapha person, when faced with a physical stressor would just freeze on the spot, often being unable to move or run or fight, whereas an emotional- mental stress response of a classical Kapha person would be to shut down and just go to sleep without dealing with the stressor.

So what is your response when you get stressed? Do you flee, fight or freeze? The answer lies in your dosha type.

Checkout These Other Articles

5 Dietary Habits That Are Wrecking Your Digestion

5 Easy Strategies To Boost Your Digestion

How Healthy Is Your Thyroid?

5 Ways To Honor Your Inner Earth

The entire contents of this website are based upon the opinions of Manjiri Nadkarni (Manjiri Nadkarni Consulting) and is meant for educational purposes only and does not constitute medical/ psychological advice . Please note that Manjiri Nadkarni is not a dietitian, physician, pharmacist or other licensed healthcare professional in Canada. She is a Doctor of Ayurvedic Medicine - MD (Ayurveda) (licensed and registered in India) and Registered Holistic Nutritionist. This content is not intended to diagnose or treat any diseases. This content is not intended to diagnose or treat any diseases. The information on this website is NOT intended as medical or psychological nor is it intended to replace the care of a qualified health care professional. Always consult with your primary care physician or licensed healthcare provider for all diagnosis and treatment of any diseases or conditions, for medications or medical advice as well as before changing your health care regiment.